A recap of recently passed legislation

The legislature passed five important bills on November 20, 2019 - the last day of formal sessions for the House and Senate in 2019. The Governor has now signed all five bills into law. I voted for all five. Here's a recap. 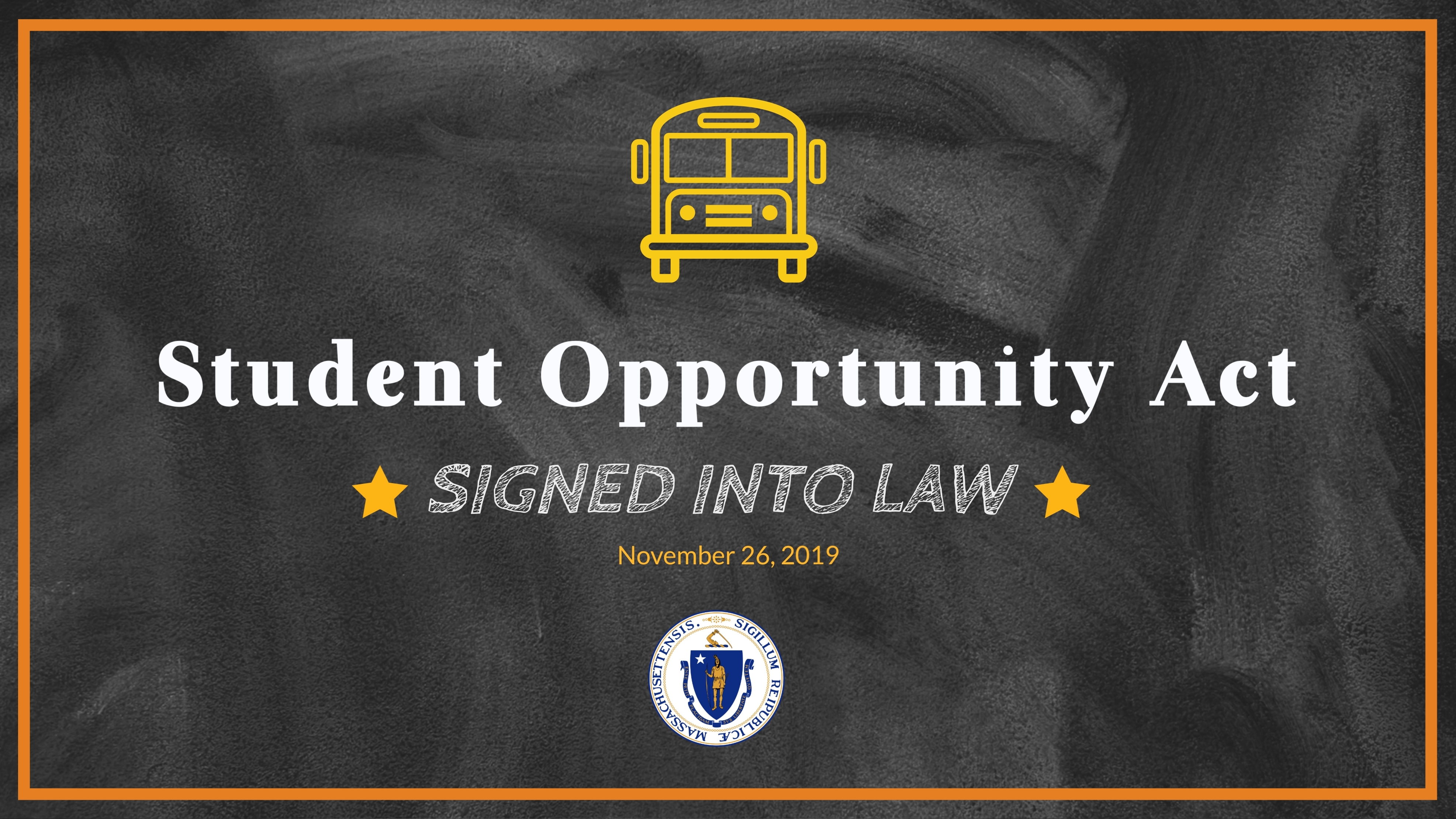 I was incredibly proud to vote for the Student Opportunity Act; this law will profoundly affect the lives of tens of thousands of students across the Commonwealth. I was among the generation of Massachusetts students who benefited from the passage of the Education Reform Act of 1993. I look forward to realizing a bolstered K-12 public education system across Cape Cod, Martha’s Vineyard, Nantucket — and the entirety of Massachusetts — in the coming years thanks to this landmark $1.5 billion investment in public education.

Massachusetts has led the way on tobacco use cessation for decades, but that success suffered a setback in recent years thanks to the emergence of vaping, leading to rising rates of nicotine addiction in young people. This new law puts the Commonwealth in the vanguard by banning the very flavored tobacco products designed by Big Tobacco to addict a new generation on nicotine. As someone who’s spent much of my career in public health, I am proud of our state’s leadership to prevent our youngest residents from ever getting hooked.

An Act relative to children’s health and wellness: Signed into law by Governor Baker on November 26, 2019. https://malegislature.gov/Bills/191/H4210 --NOTE: I served as a member of the Conference Committee that negotiated this compromise legislation.

The dire state of mental health in Massachusetts has reached a crisis, and this legislation signed into law by the Governor is a first step to address inadequate and fragmented mental health in the Commonwealth. Most importantly, the legislation reforms insurer provider networks, often referred to as ‘ghost networks’; under the new law, all residents in Massachusetts will have access to updated and accurate online directories when they are looking for a behavioral health provider. The law also enables youth raised in DCF care to stay on MassHealth until age 26, and also creates several commissions to study key issues related to children’s mental health and wellness. I was proud to serve on the Conference Committee that negotiated the agreement, and I am eager for the Senate to take up a broader and bold mental health reform bill later in the legislative session.

An Act relative to campaign finance: Signed into law by Governor Baker on November 26, 2019. https://malegislature.gov/Bills/191/H4087

This new law brings legislators and other elected officials into compliance with the same bi-weekly campaign finance reporting requirements that candidates for Governor and other statewide offices currently use. This change to campaign finance reporting requirements is a meaningful victory for transparency and will allow citizens and the media to scrutinize the fundraising and spending of elected officials — myself included — in near real time.

For far too long Massachusetts has lagged behind other states that have already banned use of mobile phones while driving. This new law will save lives.