Capital Projects that are focused on geographical equity and balancing district needs are included in the Capital Bonding Bill headed to Governor Baker.

(Boston, Mass.) - The $53 million in funding for Cape Cod and Martha’s Vineyard’s regional infrastructure projects, spearheaded by state Senator Julian Cyr (D-Truro) and successfully adopted as part of the Senate Capital Bonding Bill, were preserved in the final capital bonding bill that emerged from a House/Senate conference committee.  The bill, known as An Act providing for capital facility repairs and improvements for the Commonwealth (H.4549), will now head to Governor Baker’s desk for signature. 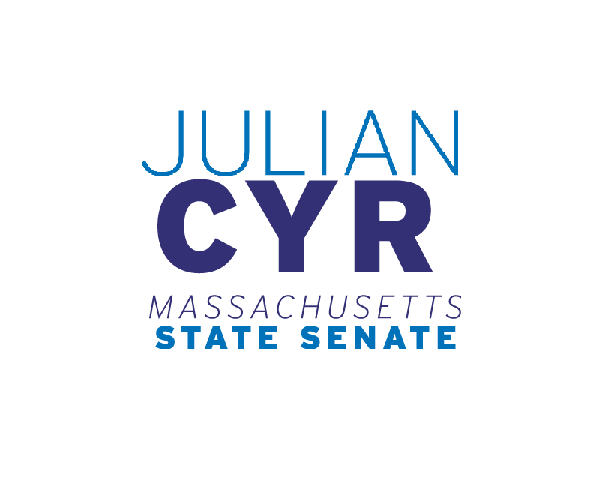 Report outlines findings on the challenges and opportunities facing Massachusetts retailers, with a particular focus on the Cape and Islands

BOSTON – Yesterday, the Massachusetts Senate Task Force on Strengthening Local Retail unanimously approved its final report. The Task Force was charged with assessing the economic health of the Massachusetts retail sector, and identifying challenges and opportunities facing retail communities. Senator Cyr served as a member of the panel.

“I’m thrilled that the Task Force report includes significant detail on the challenges facing the unique seasonal economy on Cape Cod, Martha’s Vineyard, and Nantucket,” said Senator Julian Cyr (D-Truro). “This report benefited tremendously from the day my colleagues spent on Cape Cod earlier this year meeting with local retail business owners. This report provides a roadmap for how we can better support small retailers across the Commonwealth. I am grateful to my colleagues Senator Rodrigues and Senator deMacedo for their leadership of the task force, and to the members for delving into these issues with a spirit of bipartisanship to craft this report.”

(Boston, Mass.) – Budget amendments addressing the opioid epidemic, offering tax relief to small and seasonal business owners, funding municipal police and firefighter training, child advocacy programs and other public safety programs offered by state Senator Julian Cyr (D-Truro) were successfully adopted this week by the State Senate and included in its FY2019 budget, which was passed after three full days of debate at appx. 1:00 AM on May 25th.

The bill, An Act Modernizing the Foundation Budget for the 21st Century (S.2506), was introduced by Senator Sonia Chang-Díaz (D-Boston) and was co-sponsored by 36 senators. The bill would implement the recommendations of the bipartisan Foundation Budget Review Commission (FBRC) which found that the foundation budget formula is drastically underestimating education costs. This has forced deep cuts to classrooms and critical programs, and one of the worst achievement gaps in the nation.

“Today the Senate went on record that we need to do more to support K-12 education in the Commonwealth and that we have a plan to do it,” said Senator Julian Cyr (D-Truro). “Public schools on the Cape & Islands haven’t received their fair share of state resources. Today’s action is a promise to voters that if they pass the Fair Share Amendment at the ballot this November, we are committed to using those new dollars to fully fund K-12 education.”

(Boston, Mass.) – The Massachusetts State Senate on Thursday unanimously passed “The Brave Act” – new legislation that will expand benefits and increase access to a range of services for veterans, active-duty military and their families, Senator Mike Rush (D-West Roxbury) announced.

Understanding the sacrifice that military personnel and their families make not only while on active duty, but also after returning home, the Massachusetts Legislature has consistently provided a continuum of major veteran legislation to help with those who sacrifice the most for our freedoms.

(Boston, Mass.) – State Senator Julian Cyr announced today that the Massachusetts State Senate passed two amendments filed by Cyr in its supplemental budget that will fund municipal police training and special education funding.  Both amendments passed unanimously and will fund critical needs that have been underfunded in the past few years.

The Senate voted last Thursday 4/26 to pass a bill designed to protect the personal information of consumers in the case of data breaches, like the one seen at Equifax, and provide free credit freezes for all consumers.

"We owe it to Sergeant Gannon, his family, and the Yarmouth Police Department to take a hard look at what happened, particularly at the Trial Court, witness protection programs, and probation departments. We need to see if there are lessons to be learned from this tragic loss. The Cape & Islands legislative delegation is united in this. It’s about getting answers to help our community heal" Senator Cyr said.

The bill requires student loan servicers to be licensed companies with the state Division of Banks, and empowers state officials to investigate the servicers and take action against those that violate the state’s banking and consumer protection laws.

On April 4, 2018, the Senate passed S. 2381, An Act regulating and insuring short-term rentals. The bill expands the scope of the state’s room occupancy excise tax and local option excise tax to include short-term transient accommodations. This legislation will level the playing field, preserve local control and support the emerging short-term rental industry.

The legislation would generate an estimated $34.5 million and $25.5 million in state and local revenues, respectively, based on the most recent Senate Ways and Means Fiscal Impact Report. The expanded tax base will automatically apply to all 175-plus cities and towns that have already adopted the local room occupancy excise to date.