State Senate President Karen E. Spilka (D-Ashland) announced committee assignments and appointments to her leadership team today and, in great news for the residents of Cape Cod, Martha’s Vineyard and Nantucket, state Senator Julian Cyr (D-Truro) was named Assistant Majority Whip. Cyr is the only sophomore legislator in Senate leadership and is currently the youngest member of the Senate.

Senator Julian Cyr and Representative Dylan Fernandes Outlined this new Commission, which will form in the coming weeks.

(Barnstable, MA) — Senator Julian Cyr (D-Truro) and Representative Dylan Fernandes (D-Falmouth) held a press conference on Tuesday October 16 to discuss the formation of legislation, which is now law, that calls for a special commission to determine the extent to which coastal and ocean acidification impacts commercially valuable marine species along the Massachusetts coastline. The establishment of this commission aims to address critical scientific and general knowledge “gaps” that may hinder the Commonwealth’s ability to craft policy and other responses to coastal and ocean acidification.

I was proud to have led the Senate’s mandate of a hardship waiver in the FY19 State Budget for businesses and non-profits that have struggled to meet the expansion of the EMAC assessment by the Baker/Polito Administration. The amendment I filed required the Department of Unemployment Assistance to establish, for certain Massachusetts employers, including seasonal employers, small businesses, non-profits, and employers providing services that serve the public interest, an exemption/hardship waiver from the new Employer Medical Assistance Contribution (EMAC) health contribution assessment established in 2017. The amendment was adopted and prevailed in the final FY19 budget.

Now that we’ve been able to catch our breath form the marathon legislative session we’ve compiled what we were able to get done for the C&I district and in state wide policy in my first Term in the senate. Highlights include 1.2 mil in direct appropriations and $75m in bond authorizations directed to the Cape and Islands district. On the policy front we enacted laws to help stem the opioid epidemic, train municipal police officers, prepare for our change climate, support small businesses, do more to meet our obligations to educate every child, and much more.

Please see this document for a review of our successes securing funding and bond authorizations for the Cape and Islands District.

And click here for a review of legislation we have passed in the 2017/2018 legislative session.

(Boston, MA) — A sweeping economic development bill (H.4732), passed by the Massachusetts Legislature in July, was signed by Governor Baker earlier this month.  The Legislation boosts support for Massachusetts startup businesses and entrepreneurs, and authorizes targeted investments in infrastructure and worker retraining.

The bill authorizes $75 million in competitive grants for technical education and workforce training programs and $200 million in bonds for the MassWorks Infrastructure Program that will support thousands of jobs in economic development and community revitalization projects.

The technical education grants will provide funding for new lab equipment in classrooms across the state, allowing for new programs in robotics and other high-tech vocational fields. The bill also invests in the state’s cultural economy, promoting the arts and tourism industries. 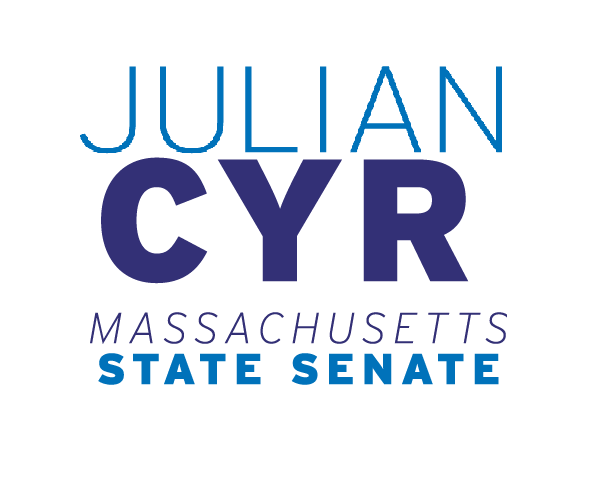 (Boston, Mass.) – Today, the Massachusetts Legislature passed H. 4841 An Act Regulating and Insuring Short Term Rentals, which is the conference committee report that reconciled the House and Senate versions on this issue.  H.4841 expands the scope of the state’s room occupancy excise tax and local option excise tax to include short-term transient accommodations. This legislation will level the playing field, preserve local control, and support the emerging short-term rental industry. The legislation will generate an estimated $34.5 million and $25.5 million in state and local revenues, respectively, based on the most recent Senate Ways and Means Fiscal Impact Report. The expanded tax base will automatically apply to all 175-plus cities and towns in Massachusetts that have already adopted the local room occupancy excise to date.  The bill will now head to Governor Baker for his signature.

Included in the legislation for short-term rentals is a landmark amendment establishing the Cape Cod and Islands Water Protection Fund (CIWPF).  State Senator Julian Cyr (D-Truro) led the successful effort to establish the CIWPF in the Senate and State Representative Sarah Peake (D-Provincetown) spearheaded the CIWPF in the House.  Both Cyr and Peake had the full support of the Cape and Islands Delegation, along with business leaders, environmentalists, the Cape Cod Chamber of Commerce, municipal officials and numerous community stakeholders who worked together to envision and support the establishment of the fund.

(Boston, MA) – On Thursday, the Massachusetts Senate passed Senate Bill 2609, providing an additional set of tools to address the opioid crisis and establishing the Commonwealth as a national leader in the fight against this epidemic. Among the provisions included in the bill are increasing access to medication-assisted treatment (MAT), exploring tools to reduce harm and save lives, expanding education and prevention efforts, and addressing the high rates of co-occurring conditions of substance use disorder (SUD) and mental illness.

The bill, An Act for prevention and access to appropriate care and treatment of addiction, is the result of  extensive work researching evidence-based best practices and collaborating with healthcare researchers and clinicians, hospitals, behavioral health providers, law enforcement officials, patient advocates and individuals with lived experience, to develop policies to  address the opioid epidemic.

Senator Cyr Secured $640,000 in Local Funding for the Cape and Islands and $8.6 Million for Statewide Programs

(Boston, Mass.) – The Massachusetts Legislature passed a $42 billion FY19 State Budget yesterday when the State Senate adopted the conference budget (H.4800) on a 36 to 1 vote. The FY19 budget is fiscally responsible, based on realistic revenue that did not involve painful cuts to programs nor raised taxes.  Revenue and investments will go to agencies, residents and municipalities across the Commonwealth.  Additionally, the FY19 budget deposit of approximately $350 million to the state’s rainy day fund will increase the state’s reserves to approximately $2 billion.

(Boston, MA)  – The Massachusetts State Senate passed House Bill 4516 today to create a dedicated revenue source for the Commonwealth’s municipal police training committee.  With today’s vote, the legislation will head to Governor Baker for his signature. Today’s legislation passed (unanimously) and will fund critical needs for police training.  Throughout the current legislative session the Senate has led the effort to create dedicated funding for this critical public safety need by including this legislation as amendments in the Senate’s version of the FY18 supplemental budget and the Senate’s version of the FY19 budget. The Senate passed the amendments, both introduced by Senator Julian Cyr (D-Truro), unanimously each time they were offered.

“I am grateful to my colleagues who unanimously supported dedicated revenue for the municipal police training committee from the moment I introduced it earlier this session. It’s excellent news for the Commonwealth that the House and Senate have done their part to recognize the sacrifice and service of police across Massachusetts,” said State Senator Julian Cyr (D-Truro) “It’s important that our Police Departments, and the men and women who serve in blue, have the best available tools to keep our communities safe and prosperous.  I am proud that the legislature worked collectively and swiftly to secure stable funding for their training.”

(Boston, MA) – The Massachusetts State Senate passed H.4613, An Act Promoting Climate Change Adaptation, Environmental and Natural Resource Protection, and Investment in Recreational Assets and Opportunity, on Thursday evening, which will authorize $2 billion in bond revenue in the coming years. State Senator Julian Cyr (D-Truro) successfully secured $6 million in funding in the bill for environmental infrastructure projects for the Cape and Islands District.

Massachusetts has continually demonstrated leadership in the fight against global climate change, and the investments authorized in this legislation ensure that cities and towns across the Commonwealth are protected and that public spaces and infrastructure are improved and maintained for the public good.